Nothing New Under The Sun. 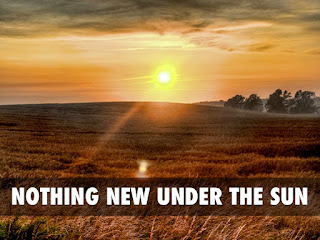 I remember going up to my Mom and with a long, laborious sigh I would flop down on the sofa or whatever piece of furniture would aid me in looking pitiful. I waited for her to glance my way and when she did the ever-present complaint would issue forth from my mouth, “I’m bored.”

Her response was sometimes the classic and irritating, “Hello bored, I’m Mom.” At which time I would send her an agitated look her way.

“There’s nothing to do.” I would continue ignoring her attempt at humor. In her most motherly tone, not really, but for this writing, she would start listing the numerous chores I could do around the house if I wanted something to do.

My mouth would form into a pout and I would say, “but all of that is boring. I want something new to do.” At which point she would tell me those were my only choices and to learn to live with boredom; it’s a fact of life. 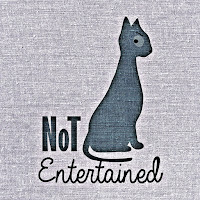 My title comes from the bible verse found in Ecclesiastes Chapter 1:9 KJV “The thing that hath been, it is that which shall be; and that which is done is that which shall be done: and there is no new thing under the sun.” Even as far back as this writer lived, people were bored out of their mind. Yet each generation thinks they have the market on such thoughts.

As with boredom, there has always been some crisis to strike fear into our hearts. Something that
makes us fear for the future and want to hide under our beds. For some generations, it has been an actual war happening. For my generation, it was the fear of our country being attacked by the communist countries. The Cold War made us fear nuclear attacks, the fear of being forced to live underground if we even survived the bombing. The bad thing is we have added new fears with each new generation born after us.

The youth of today think that they are the first generation to be disgruntled with our government and our country’s leaders. They think that we never had the thought that there was no hope for the future. We grew up having a distrust of those in power and what kind of message we were sending to the world. Each generation has had these thoughts and that is why there was change along the way. Our forebears wanted to leave something better for their children. Hell, the United States wouldn’t be a country if a generation hadn’t sought to get away from governmental rules that went against the way they believed.

In the sixties, you had demonstrations held at colleges across the nation working to end the war in Vietnam. In the eighties, we began to boycott against the things we wanted to be changed. Just look at the boycott of the 1980 Olympics. I also remember tying yellow ribbons around tree trunks to send a message to the hostages being held in Iran in the late seventies and early eighties. Yes, guys, I am that old.

There is nothing new under the sun. History has a habit of repeating itself, and if we fail to learn from it we will repeat the same mistakes time after time. The scary thing for me is it seems no one is even trying to learn from the mistakes of the past. We are becoming numb to the things that should upset us the most. We think killing anyone who disagrees with us is the answer. There are people out in the world abusing children, the elderly, even the animals and the world seems to be frozen in stasis, unable to see that it is becoming epidemic.

I wonder if anyone else gets a sick feeling in their stomach’s when they are barraged on a daily basis with news stories of the atrocities we are becoming more and more capable of. What happened to this world that basic decency is a thing of the past? It has reached a point that when I see a box on the side of the road I am scared to contemplate what might be hidden inside. Will I find a puppy or kitten left to be run over by the cars rushing by, or will it be a baby someone chose to throw away?

Nothing new under the sun. Everything new under the sun. As this world continues to spiral out of control, we are going to soon find ourselves a cold, uncaring mass that lives only to destroy. Where will that leave the few people who are sickened by such destruction? Where can we find peace? I am terrified there isn’t one and never will be again. The world has become numb to the lessons of the past. It has stopped caring about the future. This is what is my worry and fear in this new generation. I don’t want to see something new under the sun.

What is your greatest fear in this day and age? What did you fear in the past? Do you think there is any hope of the world learning from these mistakes? Let me know what you think in the comments. I hope sincerely that you have a chance to love fully and to share some laughter always. 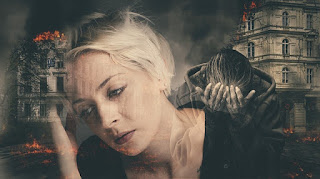