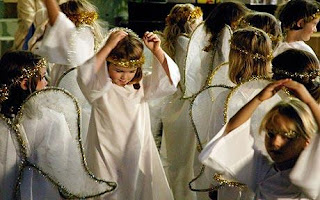 Do you remember what you wanted to be when you grew up? I mean from the very start when your young brain began to figure out that one day you would be all grown up and would have to do something to live. My earliest memory of that choice was the first thing I think every little girl back in the “olden days of 1969-70” wanted to be. I wanted to be a mommy. Mostly, because that is what every little girl I knew wanted to be. It wasn’t long though before another aspiration made itself known in my tiny brain. I wanted to perform. To be an actress, singer, clown… the list went on for a bit.

Early on I began appearing on stage. Usually in Christmas and Easter pageants at church. My very first role was a starring role when I was just a few weeks old. I played the baby Jesus in the 1966 Christmas pageant with my Mom playing Virgin Mary. I stole the show because no one was expecting a live baby, they thought I was a doll until I awoke from my nap and began crying. So the acting bug bit me very early.

I began my career performing as angels, wise men, snowflakes, bunnies, you name it and I probably did it. I also helped make props, and stagehand work. I would do anything they asked me to do just for my moment to appear on stage and feel the energy that came from a live audience. If I could make them laugh or cry, I felt I did my job. I much preferred the laughter to the tears but at that age an emotion was all I sought. Oh, and the applause. Can’t forget the applause. That rocked.

It began in church but once I started school I was up for every show that the school offered to us. I remember my kindergarten Christmas show very well because once again I stole the show. I had very long hair that mom curled in long banana curls with half up in a ponytail and the rest left down. We were told to really feel the music as we sang and during the song “Up The Housetop” when we got to the h0-ho-ho’s I was swinging my head up and down and my ponytail had a mind of its own and cracked up the whole audience. I took my bow to a standing ovation. A star was born.

I soon made it a quest to try and steal every show I was in. Comedy was my trademark. People began expecting something different in each of my performances. I just played it by pure instinct. The only time I stayed serious was in church for the most part. Laughter and church did not go together. Or at least that is what I had been told.I think the saying make a joyful noise unto the Lord could be laughter as well as anything else. As long as there is joy in your heart I think God will approve.

After I started school, I even had small performances on our front porch. We had a big concrete porch on the front of our house with metal twirly columns that made for great stage curtain holders. I love to dress up in costume and give short one-person plays. I don’t really remember the content, I just remember the neighborhood kids watching and their reactions. Those were some of my happiest memories. Little did I know that life would soon steal away my joy.

In 1973, when I was just seven years old, my world changed drastically. My Dad had a complete mental break and was sent to the State Asylum for the Mentally Insane. Not even a month later, my mother had her own breakdown and was committed to the Mental ward of one of our local hospitals. She made the mistake of not paying attention to what she was signing and in that stack of papers, she in effect signed all three of us kids over to the state.  Ripped away from the arms of our family and friends and sent to live in a foster home.

Before this, I had only ever slept away from home in the homes of my family. I was told that if anything ever happened to Mom or Dad that we were to stay with either my Mom’s best friend or with family. We were at her best friends house when the police came to drag us kicking and screaming away from any love or companionship we had ever known. I was seven and my brothers were the ages of three and a few months old. Our small family was in shambles and at that point, we were told we might never go home again. I still have nightmares even after forty-some years, of being taken from my family. Talk about a strong case of separation anxiety.

The only constants that have always been in my life are my two brothers. I don’t think they will ever understand how much I love them and would do anything for them. It all stems from those lonely first days in an alien environment so different from anything we had ever known. That first night in our new home was one of the scariest nights of my life if I hadn’t had my brothers to worry about and take care of I don’t want to think about what I would have done. It is also my brothers who kept me from totally losing myself in the coming months. The months where I stopped wanting to be the center of attention; the months that made me want to just disappear forever.

It was during this time that I discovered not all attention you get from adults or even older children is good. This was the place where I discovered that some people in our world have illicit and sick thoughts about children and they act out their sick fantasies on poor innocent people who have no way to fight back or stand up to them. They use fear and manipulation to get what they want, not caring that inside it was breaking a little girl’s psyche. That it was turning a gregarious, happy child into a child afraid of everything. A child introduced to sex way too young to understand it, let alone participate in it.

I learned that being an open friendly child garnered you more attention sometimes that you were ready for. I am not sure just how long we were in the foster home. Time seemed to stop during that time marked by rounds of abuse not only sexual, but physical, and emotional. When my Mom finally was able to get us back she almost lost my baby brother because the foster parents wanted to adopt him because they only had girls and wanted a baby boy. I know it took every favor owed our family to get him back. I don’t even think about what might have been done to him once I was returned to my Mother. I hate to think what kind of life he would have had lived with those people.

You would think once home again, life would resume for us as before but my Dad was still in the state hospital and during this time my mother did the unthinkable. She invited a friend of my uncle’s to stay with us and began an affair with him. What she didn’t realize or maybe she did is, he that he liked her daughter as well. He began his assaults shortly after moving in and as I was still in shock, he was able to terrorize me as well. I became a basket case. Nervous and jumpy. I started having issues at school. I suffered my first panic attack during this time. My dreams of being a performer went up in smoke. Just the thought of drawing attention to myself set me in full anxiety attacks. I was scared to draw any other predators in my life. In a way, I did become an excellent actress. I learned how to act normal in a world turned upside down.

Somewhere along the way, I blocked out everything but it was too late the damage was done. I became introverted and secretive. I became a manipulator and a liar. I did what I had to do to survive the nightmares haunting my dreams. I became over-protective of my brothers. Behind closed doors, I still dressed up and played out scenes in my head but only our pets were witness to my performances. Sometimes I wonder if I would have pursued my dream if this part of my life hadn’t happened. I traded being an actress to being a writer. In my stories, I can be whoever I want to be and I like to think that still makes me a performer.

I needed to get this out of my system, for some reason the past few nights I have traveled back to that dark time. I believe that writing is a therapy unto itself and I hope this places the old ghosts back in their box. If you want to comment on what your dreams were I would love to read all about them. Remember to love fully and laugh often. 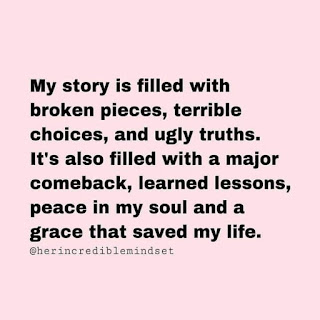