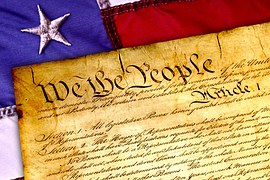 Considering the election, I feel the need to write about my feelings on the situation. I am neither Democrat or Republican. I have always leaned toward voting against the top two parties. The simple reason being they both have too much power, and have forgotten the fundamentals that this country was founded upon. For just one election, I would love to see a candidate for one of the other parties win. That would indeed shake up this country.

I sit here watching the news, and reading on different forms of social media about the protests, and the slamming of the opposing side. What you fail to realize is that our enemies are watching too. They are literally rubbing their hands together in evil glee, thinking of the civil unrest in our great nation. They are watching us divide further each day, and in so doing leave ourselves vulnerable to their attacks. What happened to this being called the United States. How can we even carry that name any longer with pride, when our country is far from united? We are at war with ourselves. At this point in time, we should all be joining together to become the once again proud United States. One that our enemies once feared to attack, but now think nothing of it.

We instead of joining together as fellow countrymen and women, lead riots in the streets. Burn the flag we say we love so much. How is burning our flag showing anything, but disrespect for all those who have fought for your very right to stand in protest and burn it. Today is where we need to start taking a good hard look at ourselves. Do we want to become the once proud nation we were, or do we want to leave ourselves open to the tyranny just waiting to ransack our borders?

I know the system isn’t perfect, and it is need of major repair. But until we join, we are doomed to fail. I am an American. I will always fight for the land I call home. If you’re not going to fight for our country, then we are all lost. Only working together will we win. Now more than ever we need to remember why our founders chose to call our country by the name it did. We have already seen what happens when our country divides, do we want to re-live those times?

I am done, I will climb off my soapbox now. I just felt this need to voice some of what I am feeling in the wake of Election 2016. This is after all a blog about things that pertain to my life, and for better or worse, all our lives are going to be impacted by this election.

Remember all it takes is a small spark to start a fire. So, all it takes is for me to reach out to you, and then you to reach out to someone else. If we continue we will have a chain of people united together. Think about that the next time you’re standing in a line. Look at the differences of each person in the line, but if we held each other’s hand, we would all be united. That’s all it takes. Thanks for stopping, and taking the time to read what I had to say.