Images of the Mind 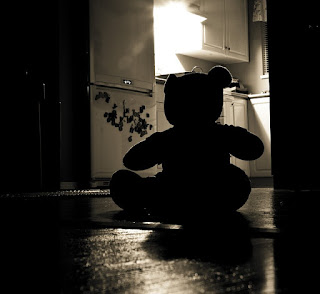 When you look back on your first memory is it in color or is it in muted tones of black and white? That is what my first memories were. Stark images from black to white and gray in the middle. It is as if I am looking at a moving pencil drawing. Is there sounds in those early memories? Mine are reminiscent of the old black and white movies of the twenties. Right down to the overacting of the list of characters found within.

You are probably wondering why I am writing on this subject this week. I had been thinking about first images, and memories when it came up in conversation things that happened in the past. I found it interesting to see how three people who shared the moment, remember it as if they were not in the same place and time. Memories of a shared childhood, but to hear us speak of it, you wonder if it was shared.

This is what happened today. Here I was sitting trying to figure out a subject for this post when a family member asked me about something pertaining to me and my brother's childhood. She said that one brother had mentioned something and when she asked the other brother, he had a totally different memory. She then asked me since I was the oldest, I should have the clearer memory. I gave her a completely different answer than what my brothers gave her. Three people standing in the same room living through the same moment, three totally different renditions of the moment.

Now, remember my childhood was not a pleasant one. There are in fact memories that not only I have blocked out but so have my brothers. I remember things that they don’t even remember because they were so young. I, on the other hand, see those memories in bright living color. No black and white for those memories. The one that involves fear, pain, and in some cases pure bewilderment.

In a way I am glad the boys don’t remember some of those times, it is enough that I do. And believe me, sometimes I really wish I would go back to the time when they were blocked out. When I didn’t remember the full range of what was happening around me. Back when I was yet an innocent child before those forgotten memories changed me forever.

The memory brought up today was one of those. Just another part of life when we were growing up, you know the kind. The ones where it happened so often it became the norm. As I think of it now, I actually feel a cold chill over what became the norm for the three of us kids. It just was what we dealt with daily, so you really don’t think that to an outsider it was cruel or abusive. One great thing about being a sequestered child was that we never knew it wasn’t how others families lived.

Weird how just a discussion on the methods discipline that our mother used can bring back such painful memories. Or that my brothers and I would have such differing memories of them. Especially when it was actually a form of discipline she only to my remembrance used once. She didn’t like the fallout from it, so she changed her methods to more subtle ways as to not arouse suspicion. To not leave any evidence except for the scars on our souls. Scars to our psyche’s that a person who proclaimed to love us so much could hurt us even as she was telling us of that love. That we were causing her pain to do it to us. It was always our fault, never hers.

When I think of those times, I try to placate myself with the fact that there were children in far worse situations. Yet the pain and fear still remain into adulthood. Even some forty years later I still remember those days in Technicolor. The days in black and white few and far between. As I got older the remembered feelings began to color every aspect of my life, and now I know for my little brothers too. Somewhere along the way, I prayed that they would block those days out, never for them to be reawakened as they were for me. I suppose I should be glad that they do share in remembering what happened because it means it did happen. It wasn’t something created in a scarred mind.

I know this post is not a happy one. Rarely are my memories happy. Especially of my childhood. The bad thing is none of the happy ones involve my mother. They are all centered around my Dad. On how he tried to protect us but because of his illness and his work schedule he couldn’t. At times I think we suffered for his absence. Some would ask why I am not angry with him, why I don’t feel for him as I do my mother. Simple. He at least tried to ask forgiveness when we were older and away from her poisonous grasp. And yes, I do hold anger towards him.

I didn’t even know I held this anger until I began therapy. As I opened up to my therapist about the past, I felt the anger growing towards him. I hadn’t realized it was even there. Like most children, we have a favored parent. Mine was my Dad. He wanted to spend time with us. He tried to take her anger away from us and let her hurt him. Yes, my mother even abused my Dad. And he took it in silence, sometimes he did it as penance for the fact that he couldn’t be there to protect us from her rages. I was angry that he let the abuse he suffered as a child color his handling of the situation. Of his way of contact with us. His fear and shame became a benediction to his children. Another generation raised with abuse.

For those who are raised in a non-abusive world, it may be hard to understand some of what I speak. For those who grew up in a similar fashion, they will understand. As for my brothers and myself. We have broken the cycle of abuse. The next generation will not have the taint of wrongful discipline, the hatred, and anger. They will know they are cherished from the moment they draw breath until they are sitting in similar fashion years from now sharing memories of us. They won’t have memories tainted by angry words, and painful reprimand. When we say we love them, they will know it to be true. Not just words spoken as lies.

I leave this post with this day placed as a new memory, one where I learned a bit more about my family. The funny thing is in all the times the three of us kids stood before an angry shrieking woman, we always stood united. And we are still to this day, united. They tried to tear us apart and always failed. Our family stood as one and survived.