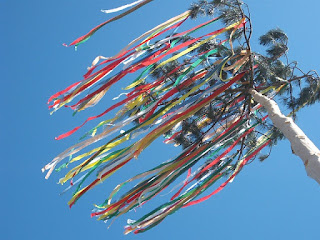 May, the precursor to summer. The month with the most beautiful birthstone in my opinion.A month blooming with new life and possibilities.New hopes flow as the flowers grow. There are no limits to what can be accomplished. The only thing that can bring you defeat is yourself. In lack of preparedness, lack of doing, .and the lack of belief. Makes you wonder why we set ourselves up to fail most of the time. Is it so we can be surprised when we succeed, or has it been so ingrained into us to fail, that we know no other way?

This past few weeks have given me lessons in miscommunication, trust, education, and belief. As I watch my Mother move into the next stage of her illness, I have been misled by those attending her. Had our trust betrayed in the thief of a something precious to my Mom. I am still in the process of being educated on this next stage of my Mother’s life. And lastly my belief that God has a plan is as strong as ever, and he never gives us more than we can bear.

I will elaborate on each of these lessons. The first one. The miscommunication. At first, I felt that her health care team at the hospital were keeping me well informed as to her care. Each procedure they performed, they were kind enough to call me to let me know the reasoning for said procedure and then they would inform me of the results.This was the case right up to the point when they discharged her. Where did they fail to communicate with me you may ask? First, they were to inform me when her insurance approved her care in a skilled rehabilitative center. How did I learn of the approval? I learned it the day that I found out that she was no longer their patient.

A care coordinator for Mom’s insurance called to ask how Mom was doing and I informed her that Mom was still in the hospital. She said she would give my Mom a call and see how she was feeling. About twenty minutes later I receive a call back from the woman asking if I knew my Mother had been discharged to a skilled care facility. I told her she knew that answer, I had told her that Mom was at the hospital. This is all on a Monday morning.

I had been at the hospital late on Thursday night but had not been able to be there during the weekend. I had plans for going as soon as I finished my work for the day. The insurance lady told me that my mother had been discharged late on Friday night. I had spent a whole weekend thinking my Mother was still in the ICU of the hospital I had left her in late Thursday night. And she hadn’t been there but in a whole new town further away from me.

I sat at my desk in shock. How could the hospital have not informed me of them moving a woman to a skilled care facility just a day after she had surgery to remove fluid from her lungs. Who had spent the last five days practically unresponsive in the ICU ward? I told the woman I would contact the hospital and get to the bottom of it. My next call was to the skilled care facility to find out their side in the story. They were a bit put out by the manner in which my mother became their resident also. They were not prepared in the least for her arrival so late at night. I thanked them for their help, and that I would be there later in the day and hung up.

Instead of calling the hospital I chose to find out in person why I as next of kin was not notified of my Mother’s discharge and subsequent move. When I walked in I asked the woman at the desk to tell me what if my Mother was still in the same room that she had been in when last I had been to visit her. She looked at the registry and told me what I already knew. She was no longer a patient. I asked to speak to the discharge coordinator. The lady at the desk made a call, and that is as far as I got. I spoke to a charge nurse for ICU, who blamed it on the fact that the morning of her discharge she had been moved from ICU to another floor. I have yet to know for sure what floor that was.

It became a circle of the blame game, most of which was that I wasn’t notified because of the lateness of the hour, but I should have been the next morning. That is when the excuses that it was the weekend came into play. I am still not certain of all the details. I have moved on from those days.Let me move on to the education in trust. This one I am truly at fault for but when you consider the stress I was under it is understandable why I failed to protect something of such importance to both my Mother and myself.

My awakening to the matter of trust was the loss of a piece of jewelry. It is a necklace my Mother is rarely without. I bought it for her as a gift for Mother’s Day a few years ago. It was an elaborate filigreed silver cross. My Mother was wearing two necklaces the night she went into the hospital. For some reason, they removed the butterfly she was wearing but left her cross. It was probably at my Mother’s request, as I said she rarely took it off. In her confused state, she doesn’t remember. My niece and I both remember seeing her wearing it the day before she had surgery. She wasn’t wearing it when she arrived at the nursing facility.

We have searched through all of her belongings, and it is gone. I know that it found a new owner inside the hospital, I just can’t prove it. As I have said it was my own fault. I should have taken it as I did her other belongings when she was admitted but it had become such a part of her I didn’t register her wearing it. Now she is heartbroken over its loss.

My education is expanding into the realm of long-term care for the elderly. It is time to place Mom in such a place now. She can no longer live on her own, and because of my own living situation, she cannot live with me. Even if I had the place to have her stay with me, my disability would prevent me from offering her the care she needs. I knew this day would come. I saw it come for my Grandmother. When it happened to her, I wasn’t the one making the tough decisions. This time I am.

I have always been a researcher. I like to make informed decisions. I like to know the pros and cons before I make my final choice. Those earlier decisions were nothing in comparison to the decision I am faced with now. I am learning how much it cost to care for an elderly person in today's world and economy. And believe me, it is scary. I am learning of all the factors that go into placing your loved one in a facility for them to be cared for. So many decisions to make in such a short time span. You have to learn quickly. At times I have felt the overwhelming need to scream or pull my hair out. It just depended on the day and sometimes the hour on which.

This leads me to my final lesson. Belief. The last three weeks have taught me that sometimes you just have to put it in God’s hands. If you don’t you will worry yourself sick. Now I’m not a church-goer. I don’t stand around preaching my beliefs. I am a spiritual person, who listens to his will. I know there is a higher power than myself out there. One has only to look at the cosmos to know the wonder of his creation. When I sit looking at the sun setting for the day I hand over my worries. I put my faith in God that he has a plan for not only my Mom but also myself. That with his guidance, I will make the right decisions for my family.

Isn’t that what each and every one of us does each day. We just try to do the best that we can without that small ingrained failure button being pushed. We work to prevail and accomplish our goals. To do the best that we can. I know that is what I do. I hope this finds you living your life fully and you laughing as often as you can.