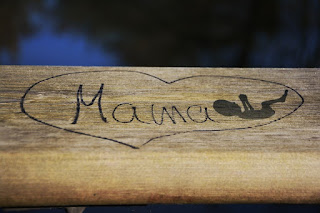 There are some holidays that I would prefer not to even open some of my different social media accounts. Mother’s Day is one of them. I find it hard to feel all appreciative toward a mother who made my life at times a living hell. Add to that the fact that I never could have children, and I would prefer to stay in bed and just feed my face with chocolate while cursing all the lovey-dovey sentiments on both social media and my television.

I remember when I was little,  I was raised to think that being a wife and mother was the most important job a woman could have. The first games I played were house with my little school friends. We would argue about who would get to be the mommy. I always swore when I grew up and had kids, they would never be treated the way we were treated as kids. My kids would not have to go through what my brothers and I did. Funny how fate plays you a far different hand of cards.

I became pregnant when I was nineteen. By the time I actually began to truly believe that it was true, I had miscarried. I was almost in my fourth month. I remember being so ill afterward. I ran such a high fever, I was delirious for three days. My only memories are flashes. The first day I woke up lucid, I woke up with this deep seated feeling of emptiness. I would never be able to have children. I went into a cycle of denial that would last for years. In my mind I would have kids, it was what you did when you grew up. It was expected of you by your family. By your church.

What is the funniest thing when I think back to those days? Somewhere in the back of my mind, I sighed a breath of relief with each month I could say I had failed once again. I didn’t have the time or patience for children. I had a step child with my husband who I loved with all my heart, but in some dark place, I was glad she lived full time with her mom. Her dad was all the child I could deal with at that time. I know I sound cold-hearted but I had been caring for my brothers since the day they were born. By the time I was in my twenties and had moved out of my parent's house I felt I could finally have some freedom. It wasn’t to be but I had that dream.

Did I still mourn the loss of my unborn child? Yes. I would sit in the quiet sometimes and wonder what he would have looked like. Would he have taken after me or his father? I thought about how he would have had his grandpa wrapped around his little fingers. I pictured him with his grandpa’s lopsided grin. I also came to understand that God had a reason to calling him home. He was to give me a glimpse of what could have been so I could move on to what was to be.

I would not have been a good mother. I was too busy trying to build a life with little education, and a disabled husband. I was working a full-time job, sometimes even a second one to make ends meet. There were times I met myself coming and going out the door to work. The only way I got to see my husband was when he would visit me at work.Can you imagine bringing a child into the mix? I was a mother though. I was the mama to a household full of cats. At one time we had eleven cats running around underfoot. That’s what happens when you have to pregnant females who have kittens within a short time of each other. I was in heaven.

The kittens soon found their forever homes, and we settled down to our regular crew. That was my family. My husband and our cats were our kids. Along the way, we adopted the wayward kid who was on the outs with their folks, or a young adult who had fallen on hard times. Our house became sort of a home away from home for a number of friends.They always knew they could get a hot meal and a place to crash for the night. I never knew who would be at the house when I walked in at the end of the night when I came home. I was just glad to have a place to call home.

On Mother’s Day and on Father’s Day, I step back from the happy celebrating. I don’t find any joy in either day. I even tried to call my mom today to be the dutiful daughter and wish her a Happy Mother’s Day the call went straight to voicemail. If I could make that call come June to my Dad, it would get answered with a cheerful “what’s up, kid?” Too bad there aren’t cell towers in heaven. 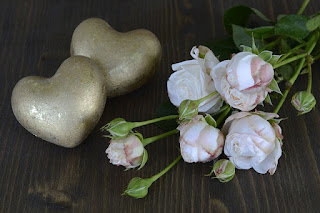