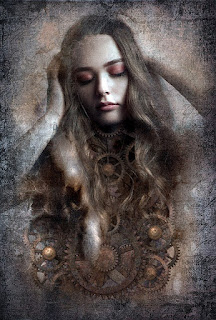 Here we are once again. Another week has passed and I am a little bit older, and none the wiser. I wasn’t sure that I would do a post this week because the computer gods frowned on me and my computer crashed. Talk about that be a major “Oh, the hell no!” moment. What is worse I was in the middle of writing. I was typing along happily and the call of nature, well called. I go off to take care of business, and on my return, find my computer had decided that it didn’t want to work anymore for the day. I guess it wanted a break from my crazy writer’s life and a vacation at the computer guru’s shop.

I know you are thinking well, what did you do in the event of such a catastrophe, I did what anyone would do. I started looking for some way to finish what I had been doing before everything went sideways. I started thinking how I could get another computer in the middle of the month when I am broke. I started looking through old purses thinking maybe, just maybe I was in such a hurry to change out the old one and start using the new one that I might have left a few dollars hiding away. Yeah, no such luck. So never one to admit defeat I started looking through my credit cards wondering if I could squeak out just a little more money from them. As you may have guessed the credit card gods hate me too.

I know, how am I logging in a post and no I didn’t use my phone? Call me old fashioned but I have trouble writing anything but tweets, and likes. I don’t even use Facebook on my phone. In my mind, my phone is just that a phone, not a mini computer where I can do almost anything I do on my big computer right in the palm of my hand. I have broken down and began to do my banking on my phone and have my insurance cards magically appear on it for when the officer pulls me over to ask me why I was going so fast. He just laughed when I said I have a computer emergency and needed to see Dr. Fix-it. Hey, by making him laugh I got off with just a warning so don’t knock it. After leaving my baby with the computer guru, I was heading down the road to Walmart to see what they had cheap in the way of computers when I remembered the pawn shop. Now I usually forget things like pawn shops and second-hand stores. As cheap as I am, I still always seem to give my money to my home away from home, yes that would be Wally World.

Well, I made a quick right turn into the pawn shop parking lot before I could change my mind, and went inside to see what they had in the way of cheap computers to hold me over until Dr. Guru repaired what was causing my baby’s illness. I walked around until I found where they kept the computer’s and had a look at what they had.  First off, I am picky in the fact that I only will use an HP computer.  Tablets are different, but for laptops or desktops; it must be HP so that meant that half the computers they had were stricken from the list to choose from. Next, as I said before I was broke, I had only so much to spend. That took out half of the remaining list. I was left with two to choose from. When I looked at the prices and what they could do, I opted for the least expensive. After all, I have no idea what it is going to cost me for my baby’s vacation away from me. So here I sit pounding away on an HP Stream Notebook. So far it has taken care of my writing needs, my gaming needs not so much. I shall live without my games, not happily but that’s okay too.

So that is how my week has gone first loading my writing programs on the wee computer and then downloading all my other programs I can’t live without.  Oh, and building my bookmarks from scratch because my list is downloaded on a disk and this computer has no disc drive. Oh, woe is me.  Once I did all of that I finally found time to sit and write.  So, for those readers who are nice enough to read both my blogs, today is a twofer day. You get The Cat’s Eye Chronicles and Glimpses of My World all for the price of one.  I posted both blogs today. One late, the Chronicles usual date for release is Friday’s and this one today instead of Monday. Once I have done all of that, I get to go chase down at least one cat to get a cute picture for my daily photo blog. Here kitty, kitty. I hope to come to you next week from the big computer but either way, I will be back. Ya can’t keep me from writing, it’s what I do. So, I’m off to try to catch some cats doing something picture worthy and I want you to remember to live life fully and laugh often. 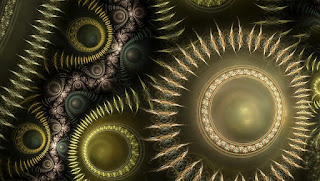