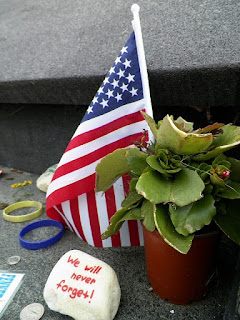 It was a day just like any other day. Well maybe a bit different in the fact that I was looking for a new apartment after separating from my husband. I had moved to the southern part of Illinois at his request, and now I was coming home. Bitter at the betrayal by the one who I thought I would spend the rest of my life with. I just wanted to come home with my tail tucked between my legs, to try and rebuild my life and trust.

I was crashing on my mother’s couch and had just started my new job. I was in search of a safe harbor to lick my wounds and move on. A friend told me that the apartment above them was available. I was in luck. It just happened to be an old landlord. They agreed to meet at nine that morning to show me the place. In my mind, I already knew I would take it just to get out of my mother’s house. I had escaped her once, I did not want to live under her roof any longer than I had too.

I had worked late the night before and ended up crashing on my neighbor’s floor to save me the forty mile drive from my mom’s. It was her son’s thirteenth birthday that day. We sat at the dining room table discussing her plans for his celebration. We both were finding it hard to believe he was thirteen already. I remember there was a movie playing on the TV in the background. Neither of us really paying it any attention. The knock on the door signaled the arrival of the landlady coming to show me my future home.

It was the day before my nephew’s second birthday. Two boys one thirteen and one just hours away from the tender age of two. The days of feeling safe ended that day. The feeling that our country was safe. It was all ripped away in just a few short hours.

I answered that door to find my future landlady looking shell shocked. I asked if she was okay. She asked if we had seen the news. By this time my friend had joined me at the door. She answered for me that no we hadn’t seen any news. She asked why. The answer floored me, “They blew up a building in New York, they say it was the World Trade Center” was her answer. We invited her into the house and rushed into the living room, the movie was gone replaced with the special report about the bombing. The second plane hit as we entered the room. We all looked at each other as it felt surreal. Someone was attacking the United States of America. This couldn’t be happening.

I remember the shock and feeling of numbness. And then the realization that this would lead to war. A war my brother who was in the military would be sent to fight. To be told to make ready on, what was the day before his son’s second birthday. I wanted to call him, find out what he knew but he was stationed in Germany. I remember we all sat and watched as the towers burned and collapsed. We watched as they reported the plane heading towards the Pentagon. We could not fathom who would do this unthinkable act. Who would risk war with our nation? The landlady finally said we should go check out the apartment, there wasn’t anything we could do. Life went on.

I barely saw the apartment my mind still focused on the scenes we had watched on the news. I paid the deposit and got the keys to my new start. I thought it an absurd thought, he I was looking to rebuild my life and the whole world was crashing around me. My day was done yet though. Panic had spread through the streets as people began preparing for the worst. The grocery stores filled with people stocking up on supplies. I thought it had been bad on the previous year when the ball dropped on the new millennium. This was far worse.

I was working at a truck stop on the edge of town that day and as I approached my workplace, the next shock hit me. There were cars lined up at the pumps, trucks circling the lot waiting for a chance to fuel. I almost was hit by another car in both my car and as I walked into the station. The news had caused a gas war and price were being raised. People were trying to get fuel before the next rise in the price occurred. That was one of the most nerve racking nights I have ever worked. We had to break up fist fights and feared being robbed. All clerks were called into work to have eyes on all aspects of the store. As it was we still had a few drive offs and caught several shoplifters. The world was in chaos.

The next few days after the collapse of the twin towers, the world settled into a sense of waiting for the next calamity. We no longer felt safe in our homes, in our towns, in our country. The rescue workers dug through the rubble looking for survivors and the families waited for news. Those with family overseas worried if they would be safe. The military began to prepare for war. The world changed and not for the better that day. Our feeling of security was ripped away and has never returned. 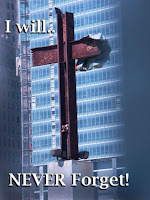 A lot has happened in my life in the last sixteen years. Some of it good, some bad. What remains is that feeling of waiting for the other shoe to drop. The feeling of being safe in our world stripped away in one day. In that one single act of terrorism, the enemy both robbed lives but in the same moment united a nation. For once we all came together to rebuild our world anew. I sometimes wish that we could be united once again as we were then. One nation, one people. As we remember the lives lost today, let’s remember those lives became a symbol of unity in a world gone wrong.

Thanks for reading my remembrance of that fateful day and as always love fully and laugh often.
Posted by R.A. Buster at 9:17 PM