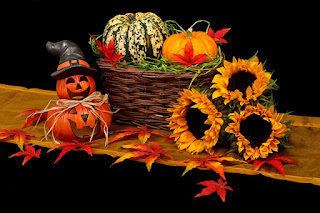 I woke up this morning and it took a moment for the reality to set in. Today is the first of October. Where has this year gone? It is just over a month until my birthday, how do I feel about the first year of my fifties? Was anything different from my forties? Why is it the older we get the faster the years seem to fly by? I remember as a kid thinking Christmas would never get here. Now it sneaks up on you and hits you over the head.

October marks the beginning of the new quarter also. I am almost afraid to pull up my goal list for the last three months. Why? Because I know this has been the weakest quarter of the year so far. Illness has plagued me and family issues as well. This quarter saw my mother losing her independence and entering a nursing home. Our whole paradigm shifted. We entered new roles as the old ones fell away. I am still adjusting to the change. It is hard to break habits forged in the line of fire.

I am sitting here glaring at my journal, knowing that the list waiting inside its covers was hardly taken out let alone accomplished. I am almost afraid to even think about making goals for the next three months. Should I just change the heading on the old list and reuse it. Or were my goals too vague making them seem impossible to fulfill? I suppose I’ll never find out if I don’t even peruse the list.

Well, I am glad to say I can mark a completed to the very first goal on my list. It was to have the Tales of The Cat’s Eye Gang near to or finished. I can mark that off as I am to the final confrontation and ending. I am figuring the draft will be finished by the end of October or early November. It is so close to being finished I am getting both anxious and excited. Now to the rest of the list.

I made a total of thirteen goals for the third quarter of the year, I have accomplished six of them. I have to admit I am surprised. I really thought I had failed. Yes, I know that seven were not accomplished but the truth is some of those I have started just not finished, so I can’t mark them as complete. A couple was made ahead of the time. They fit more in line for when the first draft is complete, such as finding someone to design the cover. I did talk to a couple artist but we couldn’t come to an agreement so I will keep on searching as I am editing and doing my re-write.

A big goal was to pay off my car so that my budget would be better for saving for the professional edits and cover work. I make the last payment tomorrow. It has been a long three years, but I will finally hold the title in my hand soon. There were times I wasn’t sure I would ever get it paid off, but I persevered against money shortages and reached this goal. It will be nice to be able to loosen my belt and relax for a bit. 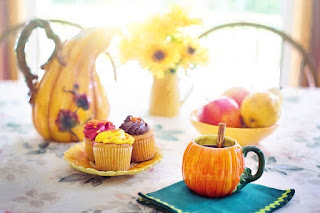 I had three goals garnered towards my health and I accomplished one and a half. The one I did accomplish was to get my gout under control. I also began a new eating plan and I am going slow as not to jeopardize the progress. I still need to exercise more, that is being moved forward to the next goal list. Baby steps.

I also had the goal to become better organized and I did this by re-designing my workspace and getting rid of things that were taking up space and not really needed anymore. I built a new shelving section and it has helped me stay organized. I am one of those people who works best in an orderly environment and the old one was clogging my inspiration. I find I can think clearer when not digging through piles of papers, notebooks, and so much more. It really is amazing how much better you work when you can see the top of your desk.

One of the most important goals I had was to increase my web presence. I accomplished this goal by linking my social sites such as Facebook and Instagram together. It worked as a great marriage because now The Cat’s Eye Gang are being viewed by a larger audience and then re-shared. I increased the number of promotions I ran and it has indeed increased my numbers. I will continue to work on getting my book and the cats that inspired it, out to the public.

I really did think I had not accomplished anything in three months, but I am glad to say that I did. I think somewhere in my sub-conscience I was always working on those goals, even though I was unaware of it at the time. Now comes the fun of sitting down and making a whole new list, well all new except for the ones I am bringing forward with me. I hope on January first I can sit here and write off, even more, accomplishments and even better news going into the new year.

I want to say Happy October to all of my lovely readers. I hope as the leaves turn colors of bright orange, red, and brown, that you find a burst of energy to see you through these final months of the year. As the colors fade and the gray of winter takes hold that you remember to love fully and laugh often. Rabbit, rabbit, rabbit. 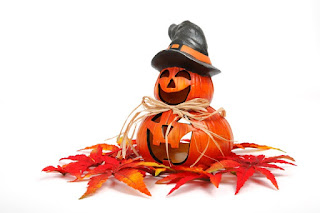