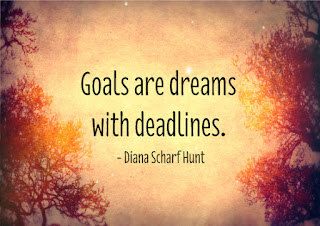 You ever glance up at the calendar and wonder where the time went. That has been me this last week. I have kind of had my head in my butt since I did it. IT, you may ask? It is finished the first draft of my manuscript for my first book. Tales of The Cat’s Eye Gang is one step closer to being a published book. I have left my readers on my blog built just for the journey of writing the book dangling. Why did I leave them dangling? Why??

The simple answer is that I tried to find a spot to stop so that I could do a blog post but the muses had me in a headlock and refused to let me stop while I was I on a roll. I was so close to being finished that I had butterflies in my stomach, I went to sleep dreaming weird scenarios that I could take the book into as a series. Let’s just say I was being chased by the demons of my creation, and they were not going to be satisfied until I typed “The End” or better yet “To Be Continued” as it really ended.

After I finish scheduling this post I get to sit down and try to split it into a two-part post, pray for me. I honestly don’t know where I will break it apart.Right now I have it separated from the discovery of that which my hero have searched in the first part. And in the second part the epilogue. I am thinking I may leave it like that. The reason because I just don’t think I will find a good place to split up the discovery, so that leaves me with a very long post. *Note to self: Find a lot of imagery to add to upcoming post for Cat.

All of this brings me to what I did today. I started to print up my draft so that when I have set it aside for a few weeks, I can come back to it with fresh eyes, and begin the task of tearing it apart in the editing and revision phase. Give three cheers for RED ink. Speaking of ink, I got five chapters printed up before the well went dry. So now I am on hold until payday which just happens to be twelve days away to get more. Insert sad face here.😧

I have printed up some of my short stories before but this will be the first time I have ever completed a novel, let alone printed one up. It is a bit exciting for me. Here is a photo of what I have so far. Ain’t it pretty. I know, I know. I have the proverbial voice in the back of my head telling me “Ain’t, Ain’t a word. And you ain’t supposed to say it.” Hey, voice! Neener, neener.

Half the quarter is finished and I have accomplished a major goal for the first quarter of the year. It is going better than my fitness goal. I had planned on joining a gym, I actually did join a gym but then I had an expense come up that proved more important than a membership in a gym. I can exercise anywhere. This expense didn’t have that luxury. I had to choose to buy pet insurance for my cats. I have been thinking about it for some time and after the loss of Donny last year it brought the real possibility home of what the cost is for terminally ill animals. I had to also consider the fact that my CeCe is going to be eleven years old in May. It seems like just yesterday I was bringing home a scraggly six-week old kitten.

Add to CeCe’s advancing years and Neko will be five years old next month. I decided the best birthday present I could give them both was insurance that would help me keep them healthy. I can’t stress enough the importance of having something set up for your fur babies just as you do for your children. The cost for a simple illness can be outrageous when you least expect it. Let alone if the illness turns out to be something more serious as it did with Donny. We were left with the choice of putting him to sleep instead of letting him suffer any longer.

Okay, let’s move from such a morose subject and move on to a more cheerful one. What my next project will be. When I began writing the cat story, I also was working on a romance that I began writing years ago and sadly had set aside. I dug it out of my pile of notebooks and revamped the outline and started writing it again. Then I decided to devote all my time to writing Tales of The Cat’s Eye Gang so it was placed on the back burner until now. I dusted off the folder and dug out my index cards with what I thought was my clear and concise outline. Yeah, not so much. I realized I had never gotten around to filling them out. So add that to my To-Do pile. After I add index cards to my shopping list with printer ink. 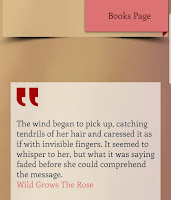 Anyway, that is my next project. A romance called “Wild Grows The Rose”. I will let you know more about it in the coming weeks as I begin work on it. For now, I’ll just say that it is all about a young woman finding what she has always sought… A home. She just happens to find love along the way.

So that’s all I have for this week. If you would like to read my book in all of its unedited glory head on over to Tales of The Cat’s Eye Gang and give it a read. And please let me know in the comments or drop by any of my social media pages what you thought of it. Just remember it may be a bit different in it’s finished polished and published glory. Remember love fully and laugh often.