Living By The Code 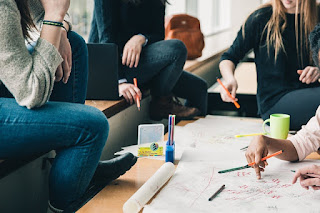 Have you ever stood in the middle of a clothing store and watched a fifteen-year-old girl stand in such indecision and frustration she is close to tears? Have you watched as your child stands on the precipice of being an adult and lives in fear of the choices they make? We want our children to be strong individuals but the world works against them at every step, trying to turn them into automatons who think as one mind. Any individuality is beaten out of them with rules and education.

I spent last night watching my niece in such a conundrum over what pair of pants to buy. It wasn’t because she is an indecisive individual. She, in fact, found several pairs she liked immediately. What held her frozen in indecision was whether they would pass her school’s dress code. She wouldn’t even have been in search of new pants if not for the dress code. The pants she wore to school that day had been banned and now she was in search of a replacement pair. I saw nothing wrong with the pair she had worn. But some teacher had been scoping out the underage teenage girl’s behinds and found hers was distracting. So I stood watching, with a broken heart, my niece put back hanger after hanger of clothes that would have been perfectly acceptable to wear to church but weren’t good enough for school because of some male pervert who likes to look at little girl’s butts. 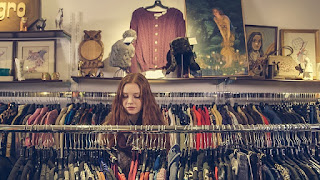 You know what the funniest thing is? She couldn’t wait to go to high school because they have a lighter dress code than her middle school did. I find it interesting that the boys rarely get dress-coded but the girls are taken daily out of class and told until they change clothes that they cannot return to class. What does this tell these students? It says that a males education is worth more than females. I bet no boy has ever stood in the middle of the clothing store asking his best friend if he thinks the outfit he has picked out will get him kicked out of class. Then they wonder why test scores are so low, let the kids stay in class and actually teach them instead of staring at their bodies. It isn’t the boys we need to be afraid of it is these grown men and women on power trips that end up making these girls so body conscious.

Yes, I added women to that last observation because it is the female teachers who are sending these girls out of class. I know one girl who was sent to the office and her crime was a tiny rip in her jeans right at the knee. I personally delivered her a replacement pair of pants just so she could return to class. I went to school many times with holes in my jeans, being from a farming community there were a lot of kids who did, but not once was I asked to leave class until I could put on a pair of pants without holes. I would have missed school a lot if that had been the case. Which brings up my next rant, what if these are the only clothes these kids have because they live on or below the poverty line? Are they to be denied an education just because they are poor?


I grew up poor and I know the hardship my parents went through every August to make sure three kids had school supplies, new shoes, and a couple, yes, I said a couple of new outfits. My Dad had to work overtime and take extra work on just to make sure we had that. I am left dumbfounded at the disregard the school districts have for the kids being raised in poverty.

If anything speaks to what the world has become we need to just look at the schools to find out. We have kids going on shooting rampages because of being bullied. The sad thing is the bullying is taught by these teachers who send a kid out of their classroom for something as innocent as a rip in their jeans. I spent a good portion of the night in that store trying to find a pair of pants that didn’t have the “in-style” rips that is all the rage these days. If it is the fashion of the times why are the kids being made to pay for it? With all the hate no wonder the next generation is so confused about expectations.

The future is now. These kids are being raised to believe that what a person wears is more important than what a person does. They are being taught it is all right to single a person out for being just a bit different. They are taught that education isn’t important. If they thought it was important they wouldn’t feel the need to nitpick every little thing about what a kid is wearing. With this happening more in schools I understand the homeschooling movement has become a norm. Kids learn better in an environment that is nurturing, not critical. When they are too worried about what they are wearing, or if they are offending someone, they stop caring about school.

I am a strong proponent of school uniforms. I think it evens the playing field between rich and poor, in that it doesn’t make school a fashion show but an educational environment. There are those who talk about the cost of said uniforms for the poorer students. What they don’t understand is that most parents would rather find the way to buy a few uniforms, especially if they can be worn more than one year, than have their children kicked out of class until they change clothes. I have seen my niece in school where uniforms are worn, and in schools with a dress code and I think she was far happier when she didn’t have to worry that what she wears to school will get her in trouble.

I know this has been a lengthy rant, but as I mentioned at the beginning. I hate to see my niece cry. I have watched a girl, who once liked school, become someone who says she is stupid and ugly. No kid should be made to feel that way. I would love to hear if you have ever encountered this problem. Just leave me a comment below. I hope that this will find you loving fully and laughing often.