Dying To Get Away 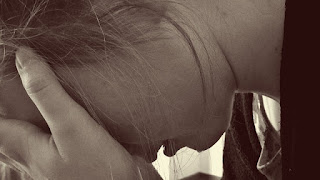 This has been a sad week. The world is mourning the loss of two celebrities that died as a result of suicide. While this is in and of itself sad. The real reason to be sad is that in this day and age mental illness is still consider taboo. It shouldn’t take the death of a celebrity to raise awareness of the fact that so many people fight some kind of mental condition.

An even sadder fact is those people who, when hearing about the deaths of these two people stated that they had everything going for them. They were at the peak of their careers, they had a loving family, they had so much to live for. You can have all you ever dreamed about and still fight the demons that walk hand in hand with mental illness. You can be surrounded by those you love and still feel unloved and alone. That is how the disease works. 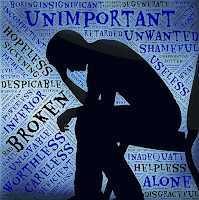 Statistics show that on average 54 million people suffer from mental illness a year. That is a huge number when you consider the world population for 2018 is over 7.5 billion people. The scary thing about this is that most do not seek treatment because of the stigma attached to having a mental illness. The next interesting tidbit is that you don’t have to suffer a mental illness to want to commit suicide. Only about 45,000 who commit suicide suffered from a mental disease. That leaves you to wonder what the circumstances were for the rest.

I know as someone who has contemplated suicide that it wasn’t always because of the mental illness that I had these thoughts. I want to talk about what people say about you having everything going for you so why commit suicide. As I mention before the demons that haunt your mind make you believe that you don’t have all you desire. When you reach that point you think that everyone would be better off without you. That you are a failure, that you are not worthy to have everything that is going well for you. Those deepest thoughts eat away at you constantly until to rid yourself of them you decide to take your life.

I know from experience that the first time those dark ugly thoughts ran rampant through my mind that you would never have noticed anything different about me. In fact when I chose to listen to those thoughts no one even notice anything as I gathered the things needed to put my plan into motion. I sat for about an hour listening to the lives go on as usual in my home before I began popping the collection of pills that I hoped would silence the demons that preyed on my mind. As you can see by the fact that I am here writing this that I failed. Nothing makes you feel more like a failure than when you fail at ending your own life.


There are signs that someone is thinking about suicide. I have posted a list of those signs below. Never be afraid of asking for help or if you notice these signs in someone else,  please try to engage them in an attempt to help them. Sometimes the person feels all alone and feels there is no one to talk to. Maybe you can be that person.


What Are the Warning Signs of Suicide?
The behaviors listed below may be signs that someone is thinking about suicide.


I know that it seems like someone else ought to be the one to check on the people in our lives, but if everyone thought like that, this world would be a complete fail. We need to stop running around like chickens with our heads cut off and stop and spend some time connecting with the others we share this planet with. Maybe if we did that more than attack each other the world would be in a better place. I strongly believe that we are all part of the family of man and therefore our brother’s keeper. It doesn’t matter where you come from or what color your skin is, or any of the millions of other excuses people use. If we all treated each other with care and respect, there wouldn’t be so much pain.

I know that some will dislike my opinion but if you really think about it. It makes sense. I know this has been a sad, uncomfortable post. It was just one that I felt needed to be written. Please if you are having thoughts of harming yourself, seek help. It is just a call, text, or a comment away. Here are some numbers to keep handy. I also added a list of helpful sites if you know someone talking about suicide. Remember there is hope at the end of the day. You just have to believe. I hope this finds you loving fully and laughing often.


Knowing how to get help for a friend posting suicidal messages on social media can save a life. Many social media sites have a process to report suicidal content and get help for the person posting the message. In addition, many of the social media sites use their analytic capabilities to identify and help report suicidal posts. Each offers different options on how to respond if you see concerning posts about suicide. For example:
If you see messages or live streaming suicidal behavior on social media, call 911 or contact the toll-free National Suicide Prevention Lifeline at 1–800–273–TALK (8255), or text the Crisis Text Line (text HOME to 741741) available 24 hours a day, 7 days a week. Deaf and hard-of-hearing individuals can contact the Lifeline via TTY at 1–800–799–4889. All calls are confidential. This service is available to everyone. People—even strangers—have saved lives by being vigilant. 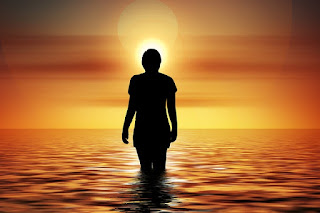